It's funny-I always knew I was an independent girl.  Sort of.  I have always depended on my family but for some reason I don't count that.  That, in and of itself, is assumed in Indian culture.  But, I never had a boyfriend or depended on others to tell me I was smart or fun whilst growing up.  Not even in awkward teen years. Another story. Another day.  If you know me, you already know I am the last to declare the loads of fun I hope I am (humility, people...humility).  But I also have never needed anyone to tell me.  It's an odd balance yielding confidence.  Yes, that's what I call it.  Confidence.
That is-until I got married.  And consequently I am now used to always having someone with whom to snuggle.  Don't believe him, friends-of-Srin.  He does snuggle, and he's always warm to the touch.  My own little heater.  Or someone with whom to share the air.  Or someone to also hear the weird sounds new homes that are actually old homes make.  This last one is key.
You see, when you are married, even the most independent become dependent.  It must be the invisible facet of marriage no one thinks is worthy of discussing.  So when Srin left for merely a week to an entirely different country, I was not surprised to learn that the lights were required to remain lit throughout the night.  Why leaving lights on is comforting is beyond me.  It just is. I mean-logically speaking, it seems worse.  If some crazy person broke in and attacked in my sleep, I would rather it be dark such that I couldn't see when startled awake by the savagery.  Yet, no one thinks to turn the lights off when in fear.  Okay I digress...again.
I recall when my dad had a heart attack in 1998 that my mom's fears were greatly realized.  With three kids under age 18 and one in college, the reality of being a single mother threw both my parents into get healthy mode.  But, what I remember are the fears my mom later disclosed.  Not knowing which bills to pay or which accounts they were linked to. Not knowing all the paperwork required for taxes. Having to drive everywhere herself.  You see-when you've been married for 45 years, dependence is expected.  Division of power and to-do lists required for survival.  It's just much easier to have a partner in life.
But I have been married for one year. Not 45.  But it still happens.  So don't tell anyone you haven't been warned.  And I have to say, it's great knowing someone's got your back.  Being dependent isn't so bad after all.  It's nice being part of a lifelong team.  I take solace that should the unthinkable ever happen, I could survive.  But without him, I am not sure I'd want to.
What dependence on your better half would you never give up?
Posted by M at 5:15 PM 5 comments: Links to this post 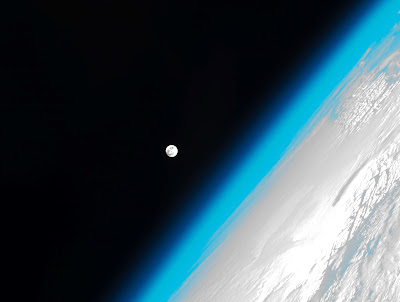 Posted by M at 3:02 PM No comments: Links to this post

I Must Be Into Following Now...

I always thought I was a leader.  At least that's what everyone told me when I was growing up.  But it seems that following has become fun. And if you think about it, you follow and others follow you.  So really, it's leading AND following.  Exactly.

I broke down and did it, with White Apples in mind.