All is well here. Irene visited in the middle if the night, waking even me up. Her winds were ferocious, but it was nothing like Allison of 2001 (a tropical storm at landfall that sent I-10 under water). Power is out and tree branches and debris cover streets but nothing like Ike of 2008. It's something indescribable to see your city beaten to a pulp. Thankfully I am not witnessing that as much as Houston, even two weeks after Ike.

In fact, I can hardly claim to be dealing with any after-effects. We are living in the attic of the most wonderful family's house. The Vignola's are like my parents' house. You can find everything here! So luckily the engineer professor had recently purchased a generator for his research equipment and voila! We have essential power. Internet for instance. Definitely essential.

So in this calm after the storm we are blogging, eating homemade brunch strata (thanks for the recipe, Reyes), and enjoying the end of our weekend. No complaints here.

P.S. P has power so all the Patels are good.


- Posted using BlogPress from my iPad

Goodbye to the house that built me...

An Excerpt from Miranda Lambert's "The House that Built Me"... (the song you hear playing)
Lyrics by: Tom Douglas and James Shamblin Ii
I know they say you can’t go home again.
I just had to come back one last time.
Ma’am I know you don't know me from Adam.
But these handprints on the front steps are mine.
And up those stairs, in that little back bedroom
is where I did my homework …
I thought if I could touch this place or feel it
this brokenness inside me might start healing.
Out here it’s like I'm someone else…
I thought that maybe I could find myself.
If I could just come in I swear I'll leave.
Won’t take nothing but a memory
from the house that built me.
You leave home, you move on and you do the best you can.
I got lost in this whole world and forgot just who I am.

﻿
Well this was the moment I was most looking forward to and dreading, all the same.  This is the moment my parents were "freed from prison", as they say.  And the same moment they had to say goodbye to 32 years of life's work.  Life's home.  The work that educated five children.  Housed them.  Raised them.  And molded them.
And today is the moment where it has all sunk in, finally.  Just a few days ago, we sold the only true home I have ever had.  The one place I returned to every holiday, summer, and random weekends.  The one town I inevitably spurted out when asked "Where are you from?".   The state I so proudly claim as my own.
It was not an easy move, for 32 years is a long time to accumulate...what's the word...stuff.  P, Bhik, and I returned to San Angelo's thriving Park Motel and prepared it for a new owner.  It was 110 degrees outside and 109 degrees inside (no central air).  We were wholly exhausted, yet rarely cranky.  Spirits were high despite some bumps in the road.  The end seemed as though tears should have flowed.  But, instead, we were all exhausted, barricaded by smiles and laughter amid relief and excitement for what lay ahead.  Be it as it may, we drove to closing with a packed trailer in tow.  We, most definitely, were not a crying bunch.  We waved goodbye to the Park Motel around 1PM on Thursday, August 12, 2011 and happily closed the deal by 2:15PM.  And off we went to Phoenix, AZ to settle our parents into their long awaited retirement.  And Clint babysitting. 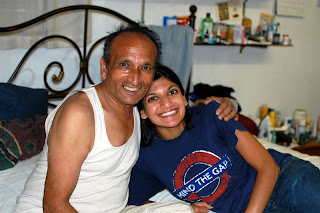 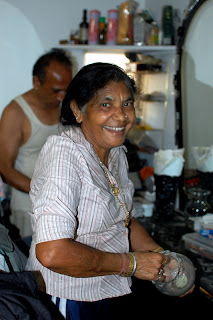 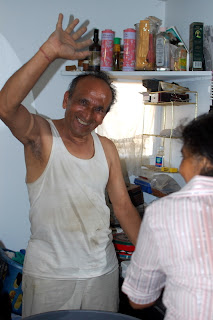 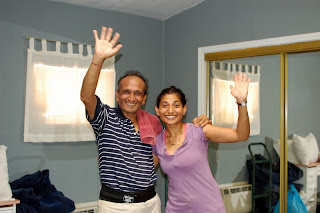 I'm pretty sure we were not all smiles DURING the cleaning process...  Pictures DO lie... 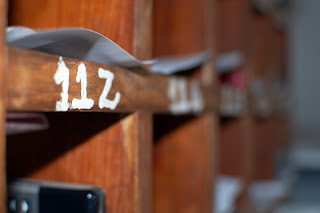 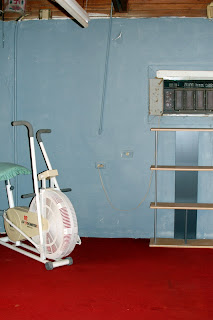 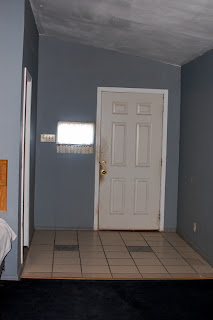 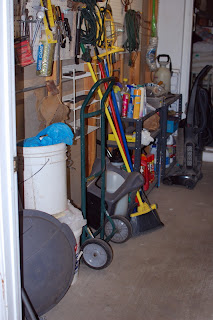 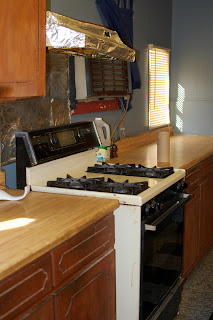 Just a small peek at the house post-cleaning... 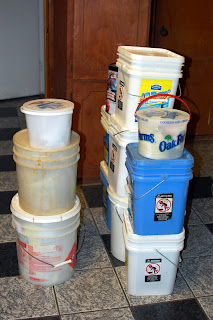 An example of some things we just couldn't convince Mom to throw out.  Half bags of flour.  Roti flour.  Chick pea flour.  Flour.  Yes.  Flour.  But, we caved because...well, we made them throw out nearly EVERYTHING.  I'm pretty sure we wouldn't appreciate them going through our own homes and telling us what was junk and what wasn't...  Wow.  I just had an epiphany. Oh well... Too late. 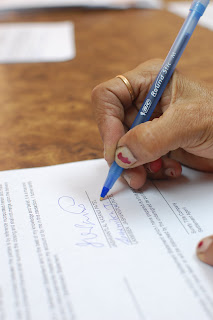 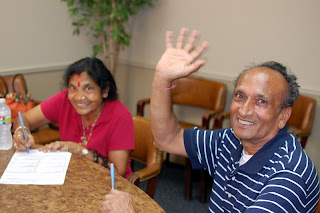 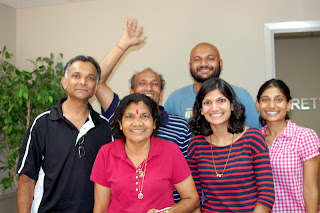 At CLOSING!  Wow.  I am still in awe that it happened.  The guy on the left is the new owner. 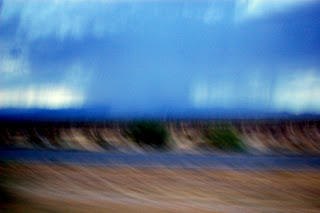 A cool isolated thunderstorm on the trip out of Texas.  Apparently, when my parents moved to San Angelo with Hemben, D, and me (three weeks old), the five of us drove from California and stayed in Van Horn, Texas before reaching San Angelo.  And wouldn't you know it?  Unintentionally, the five of us (mom, dad, Bhik, P, and me) stayed in Van Horn heading in the same direction from which we originally came.  Life is a full circle, isn't it? Or nearly one at least. 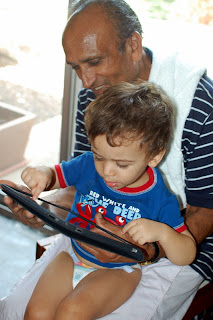 HELLO RETIREMENT!  I'm not so sure it'll be easier than the motel...
Posted by M at 2:16 PM No comments: Links to this post