I felt them!  I finally felt the tiny little bursts of energy.  Collisions with my uterus wall.  Those things other moms describe as flutters or hiccups.  Or popcorn popping.  I describe them like muscle twitches. You know, when your eye starts pulsing and you are fairly certain everyone can see it dancing madly on your face.  Just like that.  But more random. Less consistent.  And way more exciting!

Just felt my little one again.  I'm 19 weeks and 5 days, and I promised myself I would track the big moments.  And this feels gargantuan.

I just hope it isn't gas or something embarrassing.

I've always wished for this time in my life.  Prayed even.  Pondered, wondered, and often gotten so lost in my imagination that the line between it and reality was criss-crossed.  Dotted.  Maybe even peeling away.  And, finally, without struggle and with good fortune, I am carrying my first child. 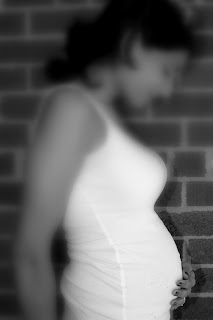 I cannot believe how time has passed by me.  We found out on Mother's Day, unplanned and as a result of my adamant desire to answer the burning question I had formulated in my head: Am I pregnant?  It was something I least expected, seeing as how I was in training for a marathon.  I had noticed changes, which I had attributed to being way out of shape.  Like a racing heart of 90 bpm, a far cry from my normal 45-50 bpm.  It was a question I only let myself ask after days of wondering if I was facing my first health issue.  You know, going to the bathroom more often and falling asleep at 7PM. These are abnormal for an energetic girl like me with the uncanny ability to make it across Texas without a restroom break.  But, alas, the day I dreamed about was the best surprise I have ever received. Eighteen weeks into the undulating experience, I don't know if I would have wanted the moment to present itself any other way.

I put aside all scenarios I had conjured earlier of surprising Srin with the potential news and demanded a trip to Target after his parents left. I think his immediate reaction was "Do you really think you could be pregnant?"  And after we found out, "You said this would take 6 months or a year even." And I swear it was followed by "drama queen", which I wouldn't even deny in that moment.  But in reality, he followed it up with a big ol' kiss and a huge smile.

That's the advantage of waiting until you're in your thirties to have a family.  There's hardly any trepidation, save for the lack of sleep everyone complains about.  And there's a palpable excitement.  A time in our lives we are very much ready for.  Maybe not on paper.  But most definitely ready for.
Posted by M at 11:28 AM 1 comment: Links to this post